Listening to a recent talk on ecology and contemporary poetry given by Professor Margaret Ronda, I was struck by how closely the aesthetic and political concerns of Objectivist poet Lorine Niedecker mirror those of William Morris, who was writing 75-100 years earlier. Niedecker’s work evinces a discomfort with the new, with aesthetic and literary emphases on innovation, and connects such neophilia with an unsustainable capitalist ideology of disposability and overproduction. This same anxiety about the connection between capitalist production and an aesthetic preference for innovation is apparent in Morris’s work, as I mentioned to Ronda after her talk. Imagine my surprise when Ronda told me that Niedecker was deeply interested in Morris and had in fact written a poem about him, titled “His Carpets Flowered.”

The poem, reprinted below, was written in the late ‘60s, and it suggests that Niedecker was primarily inspired not by Morris’s poetry, nor by his work in arts and crafts, but by his letters, and more specifically, by Morris the man as expressed in his letters. As Niedecker wrote in a 1969 letter to fellow poet Cid Corman: “I'm absorbed in writing poems--sequence--on William Morris. I know how to evaluate--Ruskin, etc., their kind of socialism--paternalism--but the letters of William Morris have thrown me. Title will be His Carpets Flowered. I can't read his poems. I'd probably weary of all those flowery designs in carpets, wall papers, chintzes...but as a man, as a poet speaking to his daughters and wife--o lovely” (455). 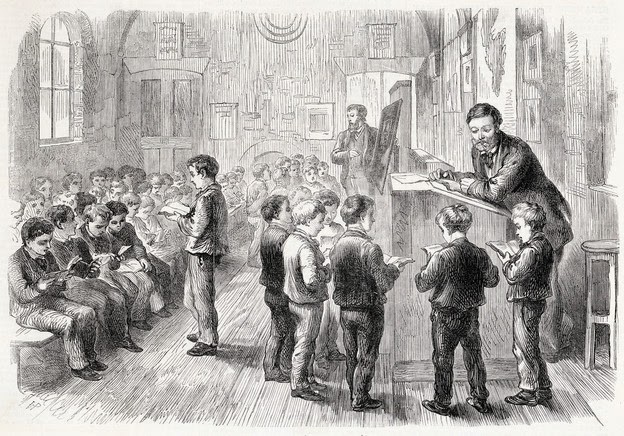 The William Morris Society in the United States is pleased to announce its new "Teaching Morris" initiative.

Governing board members Jane Carlin and Jason Martinek are spearheading this effort. We're looking not only to provide a clearinghouse for teaching materials already available about William Morris and his circle, but also to encourage the preparation of new materials. Our goal is to have resources for K-12 teachers as well as college and university professors. We also want to find a conference venue to share and showcase innovative approaches to teaching Morris that will engage and help foster a new generation of Morris scholars.

MLA 2014: Morris and Arts and Crafts in the Midwest


Chicago was cold and wet, with snow and slush everywhere. Instead of sidewalks there were slidewalks. Was it the plan of the MLA convention organizers to pick a location that kept people indoors? If it was, it didn't work for the tried and true members of the William Morris Society. Wherever there is Morrisiana in an MLA city, you are sure to find a group willing to brave treacherous conditions to bask in the glory of arts-and-crafts architecture, design, and stained-glass. I was proud to count myself among them, slipping and sliding all the way.