"Palaces of Art: Whistler and the Art Worlds of Aestheticism," symposium 27-28 October at the Freer Gallery of Art, Washington, DC 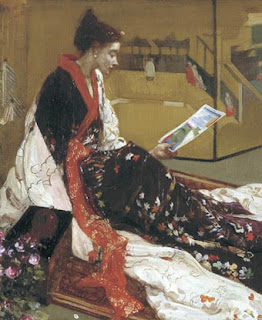 Update on the William Morris Gallery

An exciting new project will redisplay one of the world’s finest collections of William Morris artefacts.
The William Morris Gallery is the only public gallery devoted to Morris’s life, work and influence. Housed in Morris’s early home in Walthamstow, it holds an internationally significant collection of textiles, designs, wallpapers, furniture, ceramics and books associated with Morris and the Arts and Crafts Movement. This exciting project will refurbish and extend the Gallery, transforming it into world-class cultural destination and a centre of excellence for the study of Morris and the Arts and Crafts movement.
When the Gallery reopens in July 2012 in time for the Olympics, more of the outstanding collection will be on display and it will be reinterpreted to appeal to all ages and backgrounds. There will be a new learning centre, a research library and a temporary exhibition space, as well as a new website and an excellent tea room and shop.
Architect’s impression of the rear of the Gallery showing the new extension to the left.

Image: Pringle Richards Sharratt
Visitors will learn in the main displays about Morris’s early years in Oxford, his association with the Pre-Raphaelites and the foundation and enduring success of Morris & Co. Hands-on, interactive exhibits will invite people of all ages to explore how products were designed and made, emphasising Morris’s preference for traditional craft techniques. They will also find out about Morris’s career as a writer and campaigner and his lasting influence as father of the Arts and Crafts movement.
The permanent exhibitions will be complemented by an ambitious programme of temporary exhibitions exploring aspects of Morris’s legacy – both historically and in contemporary art and design. In addition, a radical programme of Activities and Events will engage a wider, more diverse audience, whilst an innovative Schools Programme will inspire the next generation of artists, designers and makers.
The Development Project has been made possible by a grant of £1.52 million by the Heritage Lottery fund matched with £1.5 million from the London Borough of Waltham Forest. Funding has also been secured from a number of trusts and foundations and the Friends of the William Morris Gallery. With just 12 months left to go until reopening, the Gallery team have £850,000 left to raise. To find out more, including how you can get involved, visit www.walthamforest.gov.uk/william-morris.

"Searching for a Famous Book: A Census of the Kelmscott Chaucer" - presentation 29 Septmeber at the Library of Congress 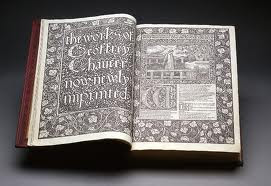 Co-sponsored by the Library of Congress, the American Printing History Association, Chesapeake Chapter, and the William Morris Society n the United States. 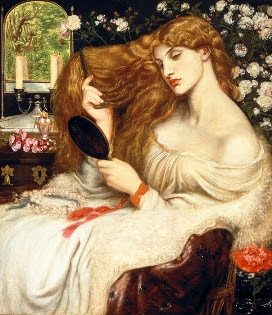 A reminder about the 2012 Fellowship in Pre-Raphaleite Studies offered by the University of Delaware Library and the Delaware Art Museum:

The University of Delaware Library in Newark, Delaware and the Delaware Art Museum invite applications for the 2012 joint Fellowship in Pre-Raphaelite Studies. This one-month Fellowship is intended for scholars working on the Pre-Raphaelites and their associates. Up to $3,000 is available.

The Delaware Art Museum is home to the most important collection of Pre-Raphaelite art in the US. Assembled largely by Samuel Bancroft, Jr., the collection includes paintings, works on paper, decorative arts, manuscripts, and letters, and is augmented by the museum’s Helen Farr Sloan art library. With comprehensive holdings in books, periodicals, electronic resources, and microforms, the University of Delaware Library is a major resource for the study of literature and art. The Special Collections Department contains material related to the Pre-Raphaelites who are also well-represented in the Mark Samuels Lasner Collection of Victorian books, manuscripts, and artworks.

More information: www.delart.org/education/fellowships.html or write to:

We are happy to announce that the William Morris Society in the United States has a brand-new website. Everything from the "old" site—information about Morris's life and work, images of his s design work, events listings, texts, translations, details about Morris Society membership and publications, and the online Journal of William Morris Studies—is there, along with new features:
The web address remains the same: www.morrissociety.org.
No comments:

...and it's International Hug a Medievalist Day!

The Skeleton in Armor; or, Morris & Co and Walter Crane Crossing the Pond

and, for more detailed information:

Marilyn Ibach, a member of the William Morris Society in the United States, writes—

Joan South, who was active for so many years as Trustee of the William Morris Society in the UK, and who remained a great mentor to me long after I left my job at the William Morris Centre in 1978, passed away peacefully at home with her three children Imogen, William, and Julia at her side, on February 6, 2011, aged 86, after some months in a nursing home in Kent.

Joan became a member of the William Morris Society in 1970, and by the time I was living at Kelmscott House in 1977, she was a Committee member.  She regularly dropped by Tuesdays on her way to market in Hammersmith to see how I was going on. Having moved to London from Australia in 1959, Joan was sympathetic to a new arrival, and  regularly invited me to her home, including for a wonderful Christmas dinner.

Her interest in William Morris was the main reason that we met, and of course we could talk about that for hours.  But it was her nurturing, bright nature that drew me, and I am sure, many others.  Florence Boos, when learning of her death, called Joan South a woman of great intelligence and broad culture.
In the late 1990s, Joan became the Honorary Secretary of the William Morris Society. She also was active in another cause, the Leasehold Enfranchisement Association, when her lease at Upper Phillimore Gardens was threatened with closure. She wrote the book Leasehold: the Case for Reform, in 1994.

I last saw Joan in September 2009, and she was as interested and involved in family, friends, and life as always.   I will miss her.
2 comments:

From the UPenn / Penn Visual Studies School of Arts and Sciences webpage:

Caroline Arscott, Head of Research, Courtauld Institute of Art
With a brief response by Jeremy Melius, Dept. of Art and Archaeology,
Princeton University

"This lecture draws on Herbert Spencer’s account of the emergence of psychological life (from physiological existence) in his account of evolution, and on Charles Darwin’s account of sexual selection in relation to evolution to investigate the temporality of the Woodpecker tapestry made by William Morris in 1885. The tapestry relates to the tale from Ovid in which Picus is transformed into a woodpecker. Arscott will focus on the theme of transformation and raise questions about the temporality implied by the motif and by the verses added to the tapestry by Morris. A particular relationship between the present and the future is posited. Arscott argues that this has a bearing on the way that Morris’s tapestry offers a meditation on its own making."

Caroline Arscott is the author of William Morris and Edward Burne-Jones: Interlacings (2008).

Free and open to the public. Reception to follow
No comments:

A Cure for the Winter Doldrums... Books by and about William Morris

Is this interminable winter getting to you? Are you looking for a great new book to sink your teeth into? Check out the full list of titles that are currently available for sale from the William Morris Society in the United States through the following URL:

Life member Gary L. Aho, professor emeritus of English at the University of Massachusetts-Amherst, generously gave us a portion of his library, with the wish that the books be sold to benefit the Society. The books are offered through the Kelmscott Bookshop, 34 West 25th Street, Baltimore, MD 21218, (410) 235-6810, info@kelmscottbookshop.com.

To order contact the bookshop directly and cite the author, title, and inventory number. You will be informed of availability and told the cost of ship- ping. Payment may then be made via check or credit card. Please do not send orders or payment to the William Morris Society.
No comments: 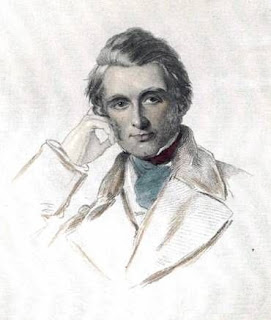 On this day, February 8, in the year 1819, John Ruskin - art and architecture critic and social commentator - was born in London.
No comments:

The online bookstore, Advanced Book Exchange, one of the largest seller of secondhand, antiquarian, and rare books, recently posted a short piece on "Collecting Kelmscott: William Morris & His Quest for Fine Books." Admittedly an enticement for people to buy books offered by ABE's booksellers, the article reads as follows:


More than 100 years after his death, William Morris – founder of the Kelmscott Press – remains an influential figure in design and art, and his Kelmscott fine press books are highly prized.

The textile designer, author and artist founded the Kelmscott Press in 1891. Morris (1834-1896) published his own work as well as translations and reprints of mediaeval writing he believed should be read. A traditionalist in every sense of the word, Morris wanted to preserve the relationship between art and books. He detested the mechanisation of art during a period when the western world was embracing mechanisation.

Morris was a member of the Pre-Raphaelite Brotherhood, an organization that strived to produce art reminiscent of the romantic, medieval eras.  These ideals were instrumental in everything that Morris did from the initiation of the Arts and Crafts movement in late 19th century England, the design and decoration of his famous Red House,  his design and manufacture of textiles and, of course, the Kelmscott Press.

Kelmscott Press was founded in a cottage where Morris set up three printing presses that he used to print books by traditional methods.  To maintain the traditional feel, Morris designed two typefaces based on 15th century fonts.  He also made his own paper to complete his handmade books.  Despite the painstaking effort put into each publication and the fact that Kelmscott was only in operation for seven years, the small press managed to produce more than 18,000 copies of more than 50 different works.

In true fine press tradition, the Kelmscott print runs were short and the books were not cheap, but they were beautiful and exemplified the Arts and Crafts movement.  Kelmscott's finest achievement is probably its edition of Works of Geoffrey Chaucer.  The books were designed by Morris himself and illustrated by fellow Pre-Raphaelite Edward Burne-Jones. It was the finest and most beautiful book of its day, containing 87 woodcut illustrations to accompany Chaucer’s masterful tales.

It doesn't take an expert to point out the errors here (Morris was more than a "textile designer, author, and artist"; he was not a member of the Pre-Raphaelite Brotherhood; Burne-Jones did not illustrate al the Kelmscott books)—the point is that Morris and Kelmscott continue to interest people and are, if not actively collected, then actively offered by the booktrade. Case in point: the Kelmscott Works of Geoffrey Chaucer pictured here is priced at just over $95,000. More modest Kelmscott titles are considerably less expensive, in the $500 to $7,500 range; first editions of Morris's writings are listed for as little as $100. If one had the money it would seem possible to amass if not a complete, well then a very extnesive, Morris collection in a matter of a few clicks of the mouse.
1 comment: 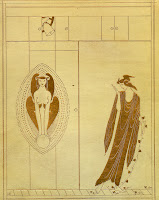 Alison Chapman and Meagan Timney are delighted to announce the birth of the Victorian Poetry Network (www.victorianpoetry.net), which will provide a hub for Victorian poetry scholars, teachers and students on the web. It already has an exciting line-up of distinguished advisory board members who will write blog posts (including Isobel Armstrong, Linda Hughes, Jerome McGann, Marjorie Stone and Chip Tucker).

The organizers are looking for interested colleagues and students to contribute to the website (writing blogs posts, commenting on the poem of the month, joining us as researchers for the periodical poetry database, and contributing teaching resources and star student essays to the virtual classroom). Please contact Alison Chapman or Meagan Timney for more information. Membership details can be found in the "Join VPN" page.